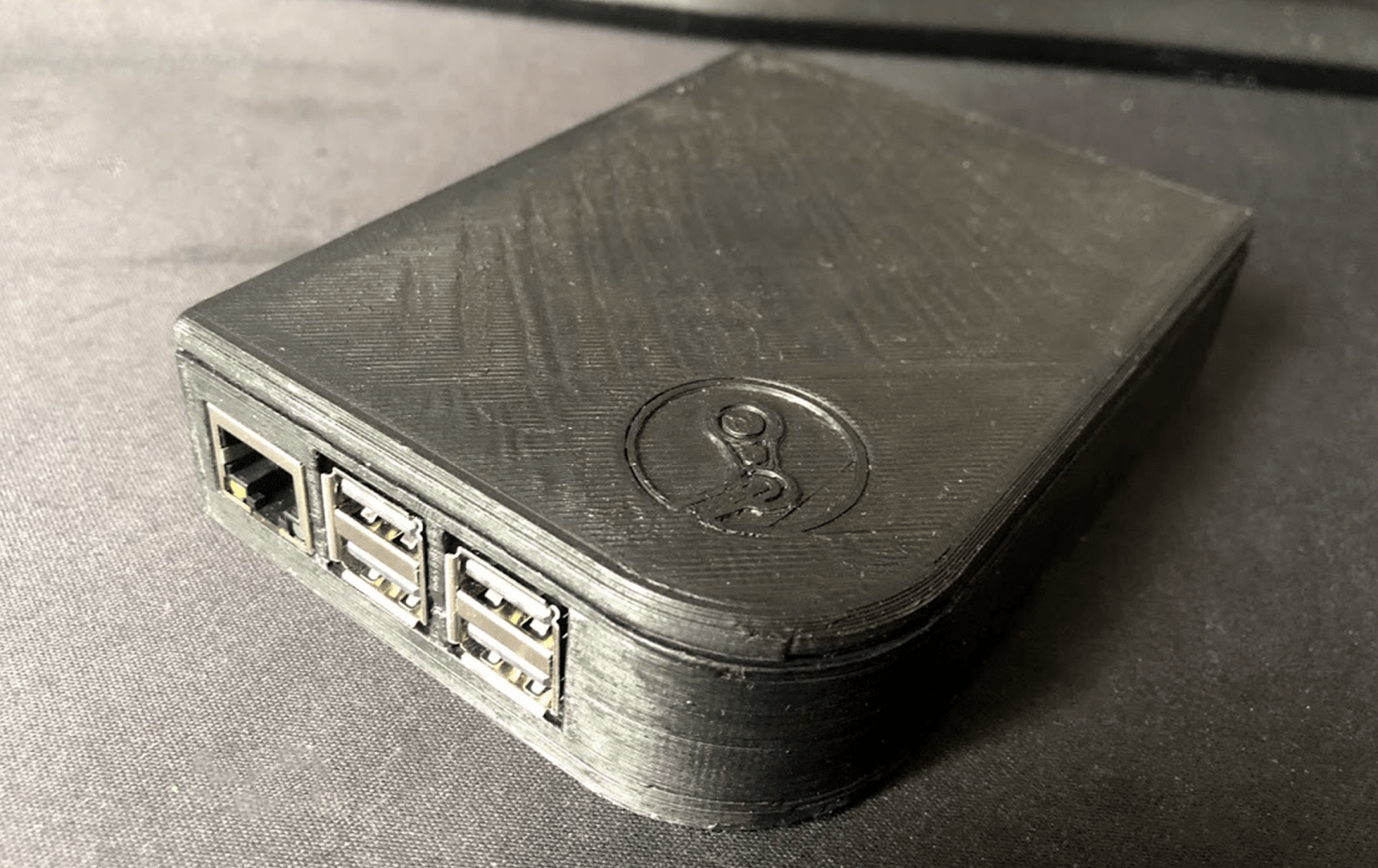 I really like my Steam Link, and use it a lot for couch co-op games. But was rather disappointed when Steam announced they were discontinuing it around the time I was looking to buy a second unit. However, my disappointment didn’t last long when Steam released the Steam Link app for Raspberry Pi!

I love the fact that the Steam Link software runs on a Raspberry especially as the overall the setup doesn’t take long at all! If you’re wanting to create your own Steam Link Pi there are a few requirements, these are:

In addition to this, you’ll need a keyboard and mouse for setup, and your controller of preference for playing. The controllers officially supported are as follows:

Steam has also said that other input devices may work even if they’re not officially supported. I use a couple of 3rd party controllers similar to the Xbox 360 ones which work perfectly.

Setting up the Raspberry Pi

The first thing you’ll want to do is download the latest version of Raspbian Buster Desktop from the Raspberry Pi website here. Extract the .ZIP and then flash the Micro SD card with the .IMG inside. My software of choice for flashing the SD card is Etcher by Belena, which makes the process extremely simple and straightforward.

Once you’ve flashed the SD card you’ll then want to connect up the Pi to a screen, internet, and keyboard/mouse. When your Pi is booted up open up Terminal via the menu (or use the shortcut Ctrl+Alt+T), and enter the following:

This will first update the Raspberry Pi’s package list, and then will install the Steam Link application, during the installation it may prompt you to confirm, simply press Y and the installation will continue and finish.

Once the application has installed you can close the Terminal and launch the Steam Link Software, this is located in the Top Menu > Games > Steam Link.

After pressing this the Steam Link Application will open fullscreen on the Pi and will guide you through the setup to connect the Steam Link Pi to your main PC with Steam running.

If like me you’re planning to just use your Raspberry Pi purely for the Steam Link application then you might want to set it to automatically boot into the app.

Doing this is extremely simple but requires a few steps. First, open up Terminal (Ctrl+Alt+T) and enter the following command:

This will open a blank text file, in this, you’ll want to paste in the below:

After adding this you’ll want to save it by pressing Ctrl +X, then press Y. After this you’ll need to update the systemctl to reflect these changes, to do this type the following in Terminal:

Now, whenever your Pi starts up it will boot straight into the Steam Link software! If you do need to exit the application, just press ESC.

One of the biggest delays in doing this project was this section of it, I recently got a 3D Printer and really wanted a case for my Pi that made it look like an original Steam Link. I initially looked on Thingiverse.com but couldn’t find anything suitable for a Pi 3b+.

But as you can see I did get one made! I recently started learning Fusion 360 and decided I’d make my own case, which worked perfectly. If you are also wanting to print this case, I’ve uploaded it to Thingiverse here.

This has been a project I’ve wanted to do for quite a while and am extremely happy I finally got my teeth into it! If you have any questions about this project, drop a comment below and I’d be more than happy to answer them!

As an Amazon Associate, TechTrail earns from qualifying purchases made with some store links.